Bitcoin Node Day To Raise Bitcoin Awareness Around The World The Bitcoin network is only as strong as the number of miners and Bitcoin Nodes in operation on a constant basis. While the current Bitcoin price is making mining far from profitable, the number of Bitcoin nodes is becoming more important than ever. To celebrate those users who run a dedicated Bitcoin node, the Bitcoin Association of Australian will organize an inaugural Bitcoin Node Day on August 30.

The Bitcoin Network – In Nodes We Trust

Many people underestimate the importance of having as many active Bitcoin Nodes as humanly possible. Every Bitcoin Node – assuming they are dedicated nodes – run a full copy of the Bitcoin blockchain to check for newly broadcasted transactions, and relay those to other connected nodes. Decentralization has never seen a more beautiful form than seeing Bitcoin Nodes in action.

More dedicated Bitcoin nodes in operation will strengthen the Bitcoin network as a whole, which is something the community values tremendously. In fact, several companies have created special hardware to run a Bitcoin Node at home, without having to maintain it or tinker around with the required software. Just plug in the machine to a power socket, plug in the ethernet cable, and the dedicated hardware Bitcoin Node will do the rest.

In recent times, it has become clear that even smaller devices, such as the Raspberry Pi 2 Model B, can act as a full Bitcoin Node. Granted, these devices still need a hard drive or large USB stick to store the entire Bitcoin blockchain, but this just goes to show that anyone who even remotely cares about Bitcoin can run a Bitcoin Node without a major financial investment.

Operating a Bitcoin Node does not entitle the user to a financial reward, as they do so on their own accord to support the Bitcoin network. While there are very little electricity costs associated with doing so, Bitcoin Node operators are not receiving enough praise and credit for helping secure the Bitcoin network on a daily basis. But that is about to change very soon. 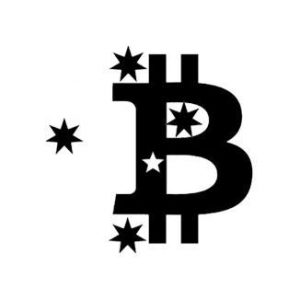 Bitcoin Association of Australia has come up with a fun and creative idea to shine the spotlight on Bitcoin Node operators. August 30 is an important date to mark on your calendars, as the inaugural Bitcoin Node Day will be organized for the very first time. Ultimately, the goal is to make this an annual event to raise Bitcoin awareness on a global scale.

According to the official press release, the number of Bitcoin Nodes has been on a slow but steady decline in recent years. As Bitcoin prepares for the next wave of transaction volume, which is expected to occur in the next 12-24 months, there is no better time than now to up the number of Bitcoin nodes around the world.

Supporting the network by running a Bitcoin Node has become relatively easy in recent years, as there is a variety of ways to do so. Running the Bitcoin software client as a full node is the most straightforward option, but enthusiasts can also buy and run specific hardware with pre-configured Bitcoin software. Last but not last, a financial contribution can be made to deploy additional full Bitcoin Nodes on the network.

Bitcoin Association of Australia will be rolling out operational display models of full Bitcoin nodes, each of which will be housed in locations across the country.  Doing so will serve two purposes: promoting Bitcoin awareness and improving the efficiency of the entire Bitcoin network on a continuous basis.

Bitcoin Node Day will be tied to a social media campaign, and the hashtag #bitcoinnodeday will hopefully become a worldwide trend on Twitter at some point during this day. It will be interesting to see how many Bitcoin Nodes will be in operation during this day, and whether or not the number will increase in the next few months.

What are your thoughts on Bitcoin Node Day? Do you run a full Bitcoin Node at home, and if so, which hardware are you using? Let us know in the comments below! 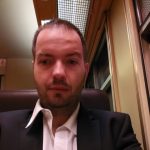