The Age of Disruption: Individual Anarchism Grows Alongside Peer-2-Peer Devices Humanity is entering the “The Age of Disruption.” New technological marvels will alter the makeup of society. Some have already emerged and started to shift the balance of power. These tools undermine the foundation of corporations and government. Some people have referred to this epoch as neo-capitalism. Resources and services can now be rerouted from any point on the grid. Goods do not have to move from a centralized location. They can exist anywhere—be possessed or owned by anyone. People refer to this distribution model as collaborative consumption or the “sharing economy.” Blockchain technology and platforms like Uber are the center of innovation and advancement. These disruptive tools leverage peer-to-peer interactions through decentralization.

Also Read: Bitcoin in the Data Center, How Bitcoin Is The Catalyst For Innovation

Decentralization thwarts central authorities and institutions. Brick-and-mortar organizations rely on having power concentrated at a single point, but they also have a single point of failure. The sharing economy suggests that these entities will not have easy access to lord over the means of production and siphon value from people. Their rent-seeking behavior will end, and their weaknesses will be exposed like the Achilles tendon.

With decentralization, everyone also becomes nameless and faceless. There is less knowledge of their activities. They become a ghost within the system and vanish. They now work without having to surrender their identities to authorities. Each person’s activities elude the wondering gaze of panopticon, helping to break down violence oriented social structures. Individuals who use Bitcoin or other blockchain technologies represent the forerunners of social change. The crypto-systems they are wielding function on anonymity or pseudo-anonymity. The only time their money or accounts can be located is if a public key is identified and tracked. The blockchain that processes all cryptocurrency transactions is public and transparent, but it is extremely difficult to find an individual if they use dark wallets or multiple keys. In other words, there are software and tactics available to make the individual dissolve into void of electronica.

Bear in mind, police have apprehended people who tried to hide their activities within the framework of the protocol. Folks who intend on breaking laws should not expect to be rendered totally invisible. Various people, including Ross Ulbricht, have had their Bitcoin addresses tracked down by law enforcement officials. People should exercise caution before challenging the State directly with Bitcoin and other peer-to-peer models. Nonetheless, these tools are making it easier for the individual to assert individuality while hiding within the network; and since the technology is open source, it will continue to evolve to fit people’s security and privacy needs.

The decentralized sharing platforms are also stealing business from government regulated sectors. Businesses like Uber have altered the landscape in terms of how people choose to access and think about transportation. They no longer have to call central taxi hubs and wait for a response. They can contact an Uber driver directly with the appropriate software. Uber has been so successful that they are worth upwards of 50 billion dollars, but bureaucrats are upset because they are having trouble regulating and controlling it. Uber is the epitome of disruption in the new economy. It is helping negate the old regime.

Moving Toward a Techno-Voluntary Society

The age of disruption, then, represents the beginning of individual anarchism. Anarchism refers to a voluntary society without rulers, without people coercing or forcing other people to live how they do not choose to live. Anarchy is not steeped in chaos and wild abandon as some people imagine. It is simply freedom from social coercion and tyranny. It is the age of the reason and individual autonomy.
Many people have thought that anarchism can never come into existence. It would require force, bloodshed, and devastation.

No one would ever have realized that technological advance would create an atmosphere ripe for freedom. Most people thought that humanity would have to evolve in consciousness, or they would have to have moral awakening. Perhaps some of that is necessary, but with the current situation that will not have to come first. The moral epiphany can come later. With the sharing economy and other disruptive devices, people will find themselves living freely and anarchically and not even realize it—this transformation might happen as a result of technological advancement and lifestyle.

There is a lot of theory and speculation about how the age of disruption will continue to grow into the future, but the effects of distributed networks and consensus based economics are already in full swing. Even though governments can still monitor people and make laws, decentralized machines and services have outpaced the lawmen and regulators. The fact that everything is moving so quickly makes it extremely difficult for the authorities to zero in on a target. Everyone is immersed in the super-organism of disruption and putting a handle on it with archaic regulations is proving futile.

Do you think the age of disruption will bring individual anarchism? 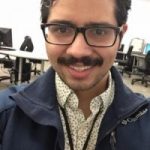 The National Securities Commission (CNV), which is the Argentinian securities watchdog, recently launched an innovation hub with the goal of advancing conversations about cryptocurrency and fintech investments. This organization will serve as a link between private entities and the institution, … read more.