Pretty soon internet users will be able to log into their accounts simply by using their fingertip. Students at Staten Island Technical High School developed a device that plugs into a computer’s USB port, stores passwords, and auto-fills them after reading the user fingerprint. 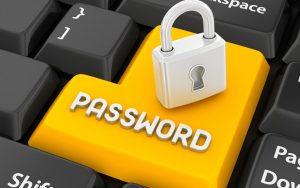 Unlike online password keepers that use a master password to unlock the vault, this new device called Crypta, just uses fingerprints to authenticate to the user account while making it harder for the account to get hacked.

While they were studying on Staten Island Tech Dylan Kirdahy and others started to develop Crypta back in 2013. When Kirdahy bought and stored his first Bitcoin, he had the same password for Facebook and his email, he quickly understood that his Bitcoins were not safe. After noticing this, he immediately started to work on Crypta.

He started to work with Arduino controllers, and then realized he could make them act as a virtual keyboard to log into his profile. He built a bulky prototype and showed it to friends at school.

Kirdahy joined the Staten Island’s Young Entrepreneurs Academy, run by the borough’s Chamber of Commerce, and turned Crypta into an actual company and got work on building a product for users. He hired three other students at Tech and started to take preorders for the device. 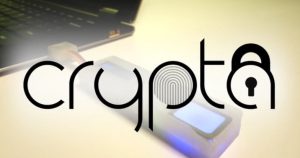 In an initial phase, The Crypta device will be available for backers of the campaign for a price of $135. The developer team hopes to be able to see a decrease in the device price in the future. The company is also working on building an adapter into the device so it’s easier to plug into phones.

Aside from storing and filling in the user passwords, Crypta also randomly generates complex passwords and requires the user to use different ones for each of his accounts, so potential hackers can’t access information easily.

“You can use really complicated, secure, randomly generated passwords but you don’t have to remember them, you don’t even have to see them, all you have to do is scan you fingers and it automatically types your username and passwords and logs in for you.”

Last week, Kirdahy and the team launched a Kickstarter campaign to raise $80,000 to support the project and to get Crypta device into production.

This device represents a new solution to use passwords and to secure online accounts, which is a strong attractive for cryptocurrency users. For the time being the team is focused in gathering the needed funds to start the production and as soon as this is done they will turn their attention to the digital currency community.

Crypta offers a simple, easy and completely secure method for securing passwords by using biometric features. When it comes to security, we might well be looking to what could be a game changer for Bitcoin users.

What do you think about Crypta? Can the device be secure enough for Bitcoin users? Let us know in the comment section bellow! 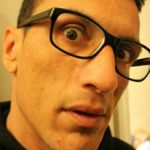