Nostradamus Foresees the Death of Bitcoin Many people predict death and damnation for baby Bitcoin. Multiple sources covered the recent “flash crash” of Bitcoin, and in typical form, these sources are seeing only the bad. The nihilists and anti-BTC factions are also out in droves spreading their doomsday omens. It is like Nostradamus has risen from the grave and gained foreboding knowledge of the future of digital cash; but as usual, he and his cronies represent a throng of false prophets. They have not quite caught on to the fact that Bitcoin truly is the honey badger of money.

The Falling Price and Bitcoin XT

These witch-economists are right about one thing. Over the last few days the price of BTC has indeed fallen. It plummeted roughly 14% on Tuesday, August 18, 2015. The price took a nosedive when about 10,000 Bitcoins were sold on the Bitfinex exchange platform, which some blamed on “margin trading.” Other questionable trading strategies have also allegedly caused falling prices, but most of these reasons are idle speculation. There is one likely candidate why the price has taken a hit, though.

The quick descent of BTC comes alongside debates over increasing the Bitcoin block size. Several of the key developers have been arguing over whether to expand the block size in order to grow the network and bring more users into the fold. However, omens about the blockchain “forking” and Bitcoin being destroyed as a result have been thick on the air. But these lamentations are oversold and pushed by hysterical paranoiacs. It seems like trouble could be brewing for the cryptocurrency, but that is unlikely given Bitcoin’s history and tenacity.

There is an idea that will help clarify why people seem to be running mad through the streets, which may calm some nerves as well. 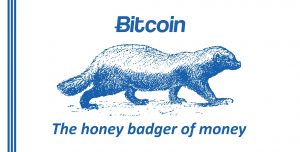 Bitcoin is in its infancy. The technology has barely been plugged in for half a decade. Everyone is still trying to wrap their head around it, but they are also trying to nurture it for the sake of its future and success.

The money-occultists and shady seers need to pull their heads out of their rear ends. They are essentially claiming that a completely healthy and developing infant is doomed to death. They are spewing premature, pseudo-economic rubbish. If a woman delivers a healthy baby, would people be out by the dozens proclaiming at the top of their lungs that this baby will die soon? No. Not likely, unless that baby had a known defect or condition. Most people know intuitively that new life is…well, new.

Bitcoin represents the baby child; it is new life, without a preexisting condition or defect. It still has a lot of room to grow and develop. It may show signs that it needs assistance as it grows, but its parents and caretakers will assist and nurture it to the best of their abilities. Thus, as the blockchain debate rages and people become insecure about Bitcoin’s future, those people will fall victim to the widespread fear that dots the landscape. They just need to remember that Bitcoin is a fighter. People also have to recognize that while young Bitcoin will show volatility. This is normal. Youthful and highly liquid markets embody the trait of instability. Nonetheless, regardless of what dire, Shakespearean omens plague the crypto-space, Bitcoin will push through and continue proving that it is good and useful money.

Do believe think Bitcoin could die as easily as the prophets think or is the Death of Bitcoin another round of FUD?

The opinions expressed in this article do not necessarily reflect those of Bitcoin.com. 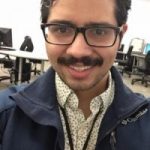