E-Citizenship Can Benefit From Blockchain Technology

The idea of becoming e-citizen of a specific country sounds very appealing to lots of people. However, there is only one country offering such a service right now, which is Estonia. While it may seem strange for a former Soviet Union country to be one of the frontrunners in terms of e-citizenship, there is still a lot of work to be. But one thing’s for sure, e-citizenship holds a lot of promise for the future, and blockchain technology could make it even better. There are some vast distinctions to be made between being an actual citizen or an e-citizen of a specific country. E-citizenship will not entitle owners to all of the benefits regular citizens have in that country, but the tone has been set for moving towards a digital form of proving citizenship.

Estonia is a European country exploring the option of extending e-citizenship to people from all over the world. At the time of publication, there are roughly 10,000 Estonian e-citizens around the world, and government officials hope to increase that number to 10 million by the end of 2025.

A little-known fact is that Estonia has been using digital ID cards for many years now, which can be used for the country’s online voting system. Additionally, there is a huge startup scene in Estonia, most of which is focused on the technology industry. One could even go as far as saying that Estonia might become one of the major tech hubs of the future.

However, none of these benefits is present for e-residents, as their benefits are fairly limited at this time. Granted, it is technically possible to start an Estonian company within half an hour, although doing so requires obtaining a legal address in Estonia, a process that is far more complicated than it sounds on paper.

On top of that, acquiring e-citizenship for Estonia requires the user to visit their local Estonian consulate, or embassy, to pick up the card. Ordering the card itself, and applying for e-citizenship, can be done through a dedicated website. Payment for the card can be done online as well, which makes the entire process a bit more user-friendly.

Fingerprint Scans and a Passport Copy Are Required 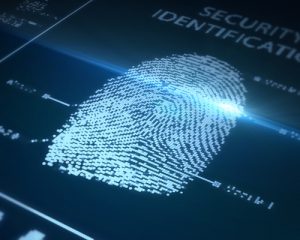 Even though e-citizenship is not in the same league as being an actual citizen, there are certain requirements that have to be met. In the case of Estonian e-citizenship, a copy of your passport, as well as digital scans of your index fingers, are required after your application has been reviewed and approved.  These fingerprints are required for digitally signing and encrypting documents, which is one of the bonuses of applying for Estonian e-citizenship.

Despite the idea of digitally sounding documents being quite fun, there are some hurdles to overcome. If the person you are sending these documents to can not receive them in the same manner as they are being sent, there is no use for such a feature. At this time, digital signing documents as an Estonian e-citizen has limit use, as only other Estonian (e-)citizens can receive them.

It is safe to say that the Estonian e-citizenship is far from perfect, and not suitable for just about everyone. There is very little use for obtaining an e-citizenship for people not living in Estonia or any of the other Baltic states. However, the potential is there to create a whole new standard for the entire European Union, and even the world.

Coming up with additional use cases for e-citizenship is not an easy task. Every country has its own laws, regulations and requirements to grant citizens digital rights, let alone people who aren’t physical residents of that country. Estonia has proven that it is possible to offer e-citizenship to people all over the world, all the while being compliant with European Union laws.

One option that could be explored is the implementation of blockchain technology. The blockchain works borderless, just like the e-citizenship is trying to do. Digital rights can easily be issued over the blockchain, as all it would require is the creation of a digital token tied to that e-citizen. Even sensitive information, such as the index finger scans, could be part of this token, paving the way for an entirely new digital rights standards.

Considering Estonian digital ID cards allow online financial transfers between users and the government, the blockchain seems to be a perfect fit in this regard as well. After all, blockchain technology has been powering a peer-to-peer virtual currency called Bitcoin for many years now, and has never failed to do so.

What are your thoughts on e-citizenship in general, and do you see a future for blockchain technology in this regard? Let us know in the comments below! 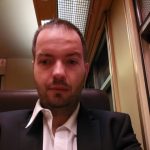